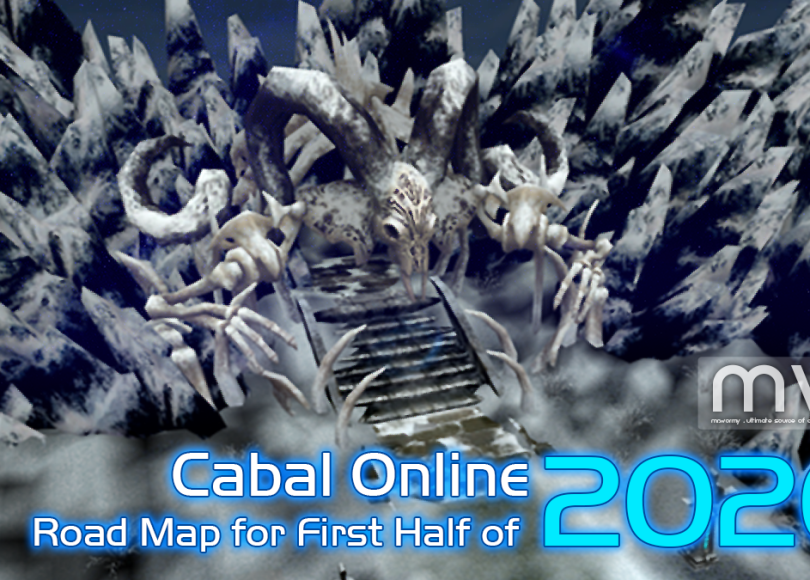 Two months of 2020 have been passed. Did you have a good time this year? Through this post, I will briefly introduce the road map for first half of 2020.

Notes: You will see lots of content here in this post are duplicated with my new series of “Cabal in 2020”. Because, my series was posted a bit earlier than Cabal KR post. However, since I started to work on it already, I decided to complete my series before doing the translation for this official road map.

A bunch of Red Garlies showing up from no where in Bloody Ice !? A brand new Event Content will be added as “Monster Raid”.

At the certain time, these monsters appear out of no where, invade the Nevareth continent… By attending the raid and killing them, you would get special rewards~

Catacombs Frost 2 has been selected as the next incoming DX2, it will be released in Cabal KR during the Spring 2020 update. This dungeon will come with Demonite Top-Epic and also a new Essence Rune!

AIn the Spring Update of 2020, we will have Epic Booster for Ultimate Grade items (that include Demonite and Bike QW7).

Though the updates, more utilities are delivered to players, but the complexity of managing them is also increased. Quick Slot was introduced for using certain features of the game faster. However, with the increasement of complexity for these features, Quick Slot also got outdated.

You can have several activities ingame such as going Dungeon, Hunting Boss, or Mission War. Each needs a different set of Quick Slot. But how to make them as quick as expected?

A new “Quick Slot” system will be added to solve the mess… You will be able to have a set of skill which you always use for every single situation, at a fixed place.

We all wonder what kind of “Costumes” (Costume / Wing Costume / Bike Costume) that person uses? How can they get that Attack Ability? It’s coming the “View Equipment” window is going to be update to show all equipped items, that including costumes.

Comparing items is awesome, but you can compare at specific places, that is not really good. By Spring 2020, we will have the feature that allow you to compare the item between item in the chat link versus equipped item!

Request System at Chloe will have feature that allow you to search through the list of recipes for the thing you want. It will be faster for crafting~

The show / hide the costume will also be enlarged to Bike Costume (and may be Wing Costume as well), that allow you to hide these costumes that you are taking stats from (called as “Option Applied Costume”).

Long time ago by April of 2019, I’ve already leaked information of Force Wing would have up to 600 Levels, divided into 6 Ranks.

And yes, by Episode 24 Part 1, “Rare” grade of Force Wing has been unlocked as well as the introduction of Holy Windmill dungeon as the first Force Wing Dungeon.

During the Summer of 2020, another Force Wing Dungeon will be introduced with the reveal of Force Wing up to Level 300! The new dungeon would have same concept of angelic holy theme like Holy Windmill; however, there will be some restriction, like your Force Wing must reach a certain grade to enter the dungeon.

Concept is farming and playing to get achievement! Yes, it’s no change! However, what can you do when you have lots of Achievement and Title but you cannot apply them all due to the limitation of Title?

With the the Achievement Renewal, still the same progress you will do, but the additional reward will be added as “Medal” (not final name). The more “Medal” you earn, the more things you can unlock and get benefit from them!

Achievement Renewal is targeted to be available in Cabal KR by Summer 2020.

Not only these contents, other improvements were also considered, based on community feedback. You can expect a bright future of Cabal ahead with lots of interesting updates. Meanwhile, stay tuned and happy CABAL-ing!

Contents above were translated from the original Road Map from Cabal KR. You can also check the extended version through my series: Cabal in 2020, link as below: