1. Change the movement speed of some monsters in Acheron Arena Dungeon 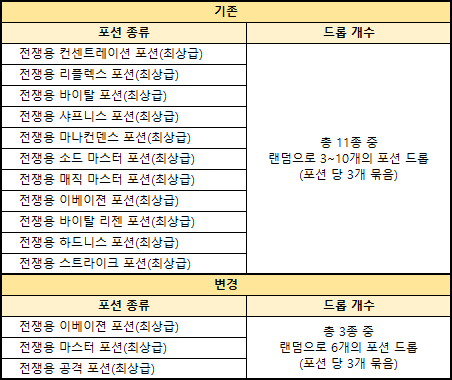 4. Change the item list for selling in Battle area

1. Increase limitation of players per country:

2. Change the compensation / penalty for war

5. New Buff skill cannot be used in mission war but can be used for normal field